Taking a place on rent can be a pain when you are trying to balance your personal preference with a strict budget. You want space…and that comes at a price; you want an extra room to make into a makeshift office…that comes at a price; you want a balcony and some open space…and that…well, you already know. Not all cities in the United States can be called exactly affordable and the cost of renting a place alone in one of the metropolitan cities can break your back, without factoring other costs.

However, the picture isn’t all bleak and heart-wrenching. Here are some cities in the United States that are a lot more rent-friendly than the others. Renting a place can be quite a pleasant surprise here.

Even during the recession, Des Moines was considered one of the top “overall performing cities” in the country. Since then, it has done quite well for itself. In April, its unemployment rate was as low as 6.1%. In addition, Des Moines has some great public schools and low cost of living, which makes it especially appealing to young families. If that doesn’t persuade you, consider this – less than 18% of renters in Des Moines spend more than half their household income on utilities and rent.

Ogden is home to the Hill Air Force Base and Weber State University. With a jobless rate that is well below the average and a steadily rising income level, its economy is all slated to grow this year 2011. What’s more, you can leave behind that cramped little apartment and move into a delightfully open town home. All that space you want without breaking a bank over it.

Pennsylvania has outshone itself on this list with not just one or two, but three really desirable places to rent a place in. Harrisburg has a cost of living that’s 19% lower than the nation’s average and with a shift to setting up more industries that are related to science, it’s fast becoming an attractive place for young professionals.

Lancaster holds the 8th rank on Zillow.com’s list of best places to buy a home while Pittsburg stands at no. 10. Not just that – both have high levels of income and low levels of unemployment. You can only imagine how lucrative it must be to rent a place here.

Worcester, located just 50 miles outside Boston, is home to quite a few universities and colleges and there’s also a minor league baseball team here. Thy help boost economic growth, which goes a long way in attracting a steady flow of people wanting to take a place on rent here. Only a 21.1% of renters shell out more than half their household income on utilities and rent.

The average rent in Wichita is slightly more than $500 and its unemployment level is well below the nation’s average. The percentage of renters paying half their household income on utilities and rent is slightly over 20%.

When compared to the real estate scene in the rest of the country, Washington D.C is one of those rare places that seem to have done really well for itself, partly due to the spending on part of the Federal government to stave off the worst effects of the downturn. Although rents are expected to rise by 10% this year, the average rent for now is nearer $1,500. 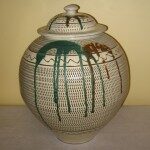 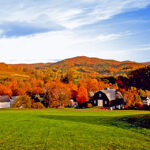