For all of us out there who don’t think twice before taking dainty sips from our tea cups or curling with a steaming mug of coffee in one hand and a good book in another, the long standing German tradition of Kafee und Kuchen might come as something of a surprise. To know that these beverages that we sip almost unmindfully could hold such a place of importance somewhere culturally was something of a revelation for me. By the time I finished reading about Kafee und Kuchen, the short break people take between lunch and dinner for a social gathering, I was more than fascinated; I had new-found respect for the cup of coffee and the simple looking cake lying in front of me.

While the English seem to rule the roost whenever we talk of cakes and desserts, various German cakes have received international renown. So, the next time you bite into a slice of the Schwarzwälder Kirschtorte be sure to send up a silent prayer of thanks for the Germans. What? You’ve never eaten the the Schwarzwälder Kirschtorte? Come on, sure you have, except you would probably know it as the Black Forest cake!

The Black Forest cake is something of an exception to the rule as far as German cakes go, since most cakes tend to be light, buttery and don’t drool with sickly, sugary sweetness. They are however topped with fresh fruit or served with cream, streusel or meringue. During the summers, it’s very common for cakes and tortes to be made from seasonal fruits, including gooseberries, strawberries, red currants, and blueberries. Yummmm…..

Interestingly, in Germany, cake is hardly every served as an after dinner dessert. A typical dessert would be ice cream, pudding, or stewed fruit and they are served in a bowl. I guess cakes are reserved for after-lunch gatherings with friends since they seem to complement friendly batter and get-togethers beautifully.

Along with their passion for cakes, Germans are also quite well known for their love of coffer, which arrived in the country in the 17th century. In fact, coffee houses became the hub of economic, political and cultural discussions and many an important men could be seen coming together around a table at the center of which stood a steaming pot of freshly brewed coffee.

Women were not allowed to enter coffee houses. However, since the fairer sex is accustomed to having its way anyway and don’t give up on the pleasures of life just because the society says so, women in Germany started organizing Kaffeekränzchen, or private coffee parties in their homes until they were given unrestricted access into coffeehouses in the 20th century. Smart gals!

Do you know what the German word is to describe weak coffee? It’s Blümchenkaffee which means “flower coffee.” The word comes from the fact that when you drink a cup of weak coffee, you can even see the flowers painted at the bottom of the cup. As you can tell for yourself, weak coffee was loathed by the Germans. But, the more important point to notice here is that coffee seems to have left an imprint on the Germans, not just traditionally, but also linguistically. 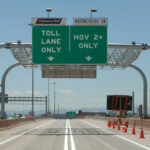