There could hardly be a soul living on this planet who hasn’t heard of Facebook and I challenge you to hunt down someone in your friend circle who doesn’t have an FB profile. It will take some searching, I can tell you that, especially since we are all living in times where picking up the phone and chatting with your best buddy is so not-cool! If you have to stay in touch with someone, you ping, tweet, hoot, poke, dig, text…anything but talk.

Having made billions in this age of social networking, Mark Zuckerberg is notorious for living in rented accommodations; extremely bare and Spartan ones at that. Just when people were trying to figure out exactly how Mr. Zuckerberg spends the mountain of moolah he makes every month, he’s gone ahead and invested some of it in a nice place for himself in Palo Alto, CA.

Located in the Crescent Park neighborhood, Mark Zuckerberg’s new bachelor pad worth $7 million is just a few minutes’ drive from Facebook’s new campus in Menlo Park. At least he won’t have to worry about spending a lot of time commuting from home to work.

Spread over more than 5,000 square feet Zuckerberg’s new acquisition has five bedrooms, five bathrooms and two half bathrooms. Built in the early 20th century, the property has been expanded and remodeled over the years. In fact the previous owners gave it a massive overhaul, adding a pretty swanky looking entertainment pavilion with built-in barbecue, outdoor fireplace, and salt water swimming pool and spa.

After a nasty incident with a stalker-cum-psychotic fan earlier this year, Zuckerberg has decided that nothing is more important than his privacy. Therefore, he’s chosen a residence that sits way back from the street, surrounded by privacy hedges and walls. A nice, wide, sunny porch leads into the hall and reception area. The formal living room has an ancient looking fireplace and also accommodates a massive dining room and a family room with luxurious wood paneling and built-in cabinetry. In order to cater to the crowd of guests that are going to gather in the huge dining room, there is an equally huge center-island kitchen.

The master bedroom has heated floors, separate shower and soaking tub, a twin Carrera marble topped vanities. Other features of this house include hardwood floors with inlaid detailing, coffered ceilings, sash windows, and many, many French doors. There’ll be no dearth of ample sunlight in this house for sure.

I believe hearty congratulations are due for the young boy genius has just bought his first real home. Awww…aint that sweet? 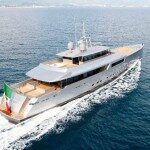 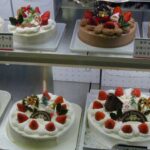